Below looks at Germany’s DAX over the past decade. The index looks to be creating a bullish continuation pattern that is important to investors in both Europe and the States.

The lower left of the chart above shows what an ideal cup-and-handle pattern looks like. Typically, these patterns historically take place in bull markets and are viewed as “continuation patterns.”

Below looks at the DAX/SPY ratio over the decade and why the ratio could be forming an important pattern too. 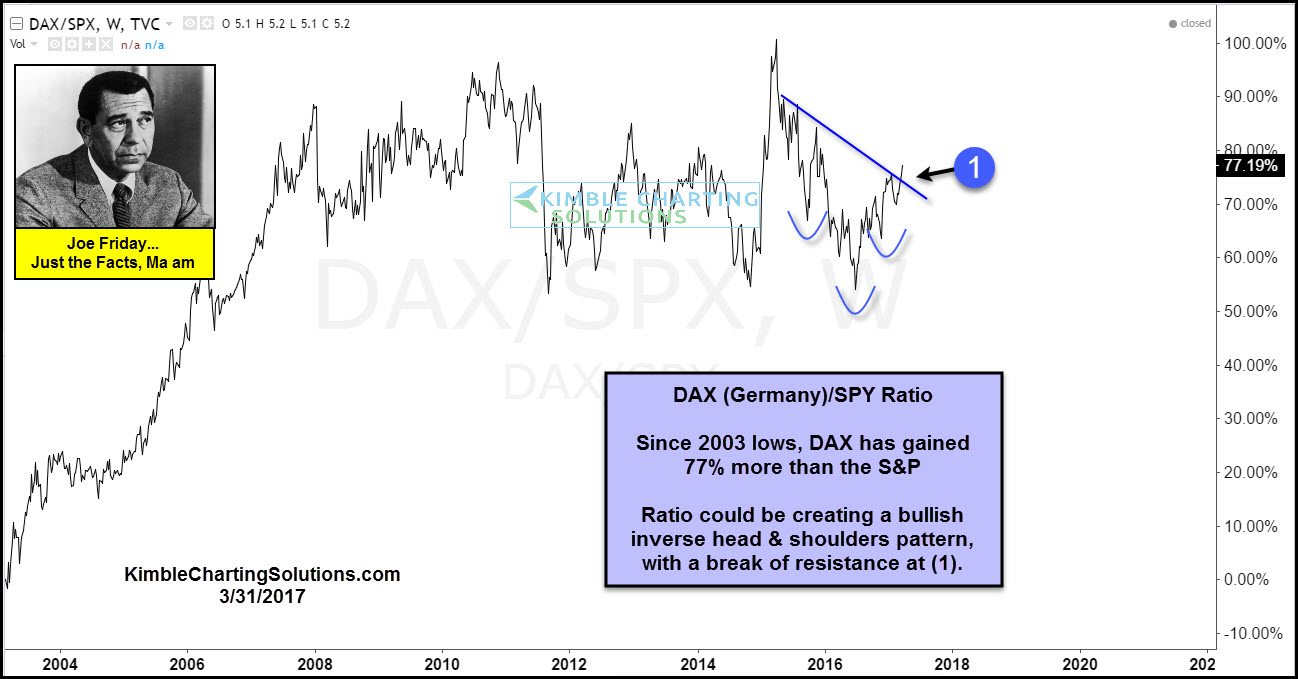 Since its 2003 lows, the DAX has been much stronger than the S&P 500. Since 2008, the ratio has traded sideways, reflecting that the DAX and S&P have been traded off as there’s been no clear winner. At this time, the ratio could be forming a reversal pattern (bullish inverse head-and-shoulders pattern) near the bottom of a 6-year trading range.

A breakout above the top of the cup-and-handle pattern would send a bullish price message to the DAX. Strength in the DAX has historically been a positive for stocks in the States.

Bulls in Germany and the States have fingers crossed that the DAX breaks above 2015 highs.